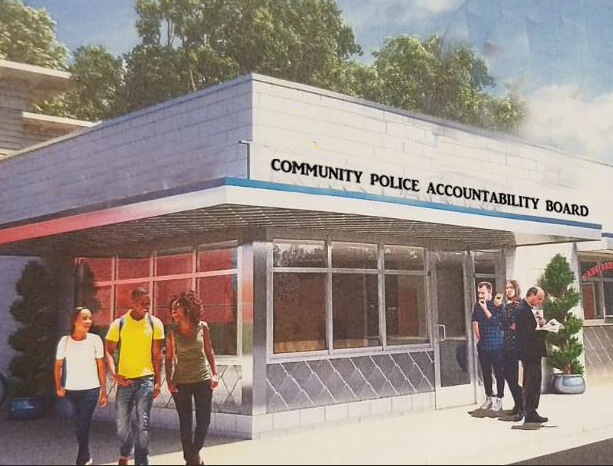 It is time to stop allowing police to investigate themselves without community oversight.

As candidate for Sheriff of Pinellas County, I, James McLynas, am not going to wait for the election to get started building the new Pinellas County Sheriff’s Office. I am currently working with community leaders to put the final touches on plans for my Community Police Accountability Board (CPAB) that will address complaints, use of force and police killings by ALL police agencies operating within the four corners of Pinellas County. A “Tribunal of the People” with the power and the resources to make real change.

The broad strokes so far are three free standing locations NOT in a police station and not manned with officers. One in North county, one in South St. Pete and one out towards the beaches. These will be staffed with NON-officers and ready to intake and investigate complaints from the people of Pinellas on ANY police officer misconduct, as well as independently investigate all police involved deaths and use of force complaints regardless of what agency the officers work for. These CPAB offices will also be able to intake complaints and tips for our new Political Corruption Unit.

The tribunal will also assist in the re-opening and reinvestigation of previously closed cases of police misconduct within the county, especially if the officer(s) are still active LEO’s. I will instruct all members of the PCSO staff to cooperate fully with the CPAB members. CPAB board members will investigate incidents in real time alongside LEO’s, not just after the fact. We will not restrict this Community Police Accountability Board to merely “review” the corrupted files, missing evidence and coerced statements after a police cover-up. Their focus will be not only to make sure the investigation is done in an unbiased manner, but also to monitor the actions of the investigators themselves so that no bias in favor of the officers is created. To ensure that witness statements are not manipulated or set aside and to provide community oversight DURING these investigations and incidents, not just after the fact.

There will also be a separate office for the members of this board to use at the Sheriff’s office where they will have free and unrestricted access to the records of the Pinellas County Sheriff, including current investigations, labs, medical examiner records, recorded data and databases. Some staff members of this Board will be full time paid employees with a modest support staff. Several will be volunteers. All will have a voice.

I will also be employing a seldom used power of a county sheriff to deputize citizens. An elected Sheriff has the authority to conscript and deputize any able-bodied person to assist in keeping the peace. To me there is no better way to preserve the peace than to police the police to ensure community trust. As Sheriff I can literally “deputize” citizens and grant them limited powers of the Sheriff for investigation purposes including issuing them a badge. These will not be law enforcement officers with the power to arrest, carry guns or enforce laws. Rather the deputizing of CPAB members will enable them to investigate, request records and have the power to obtain subpoenas and warrants for documents and evidence and grant them full access as CPAB investigators.

Like an officer, it will be a criminal act to lie to a deputized member of this Board or provide false information. It will also make it a crime for any officer under investigation to threaten or intimidate a member of this Board. As deputized citizens, it will also allow them access to current and ongoing investigation records that are typically withheld from community “review” boards.

This will be an autonomous “tribunal of the people” that will champion for every person in Pinellas. The people elect a sheriff to be the guardian to their county: to lead the people in keeping the peace, in maintaining civil order, and in defending themselves against threats to their lives and liberties. I feel there is no better way to accomplish this than ensuring police accountability and community trust.

Every report issued by this Board will be an open public record available to the community online. The public will be invited and welcome to provide tips and information to the civilian Board members that they may not feel comfortable giving to law enforcement officers.

The Pinellas County Community Police Accountability Board will be the most powerful citizen based investigation agency in the Nation and will set the standard for citizen oversight of the police industry. I hope to set the example of how police accountability should be done as a model to communities across America.

Police Accountability in Pinellas County starts with my election as your Sheriff.