With Sheriff James McLynas’ election and the end of all Cannabis enforcement at the Pinellas County Sheriff’s Office, Pinellas County has a fighting chance to recover swiftly from Covid-19 devastation.

According to the Tampa Bay Beaches Chamber of Commerce, hotels in Florida alone lost $1.3 billion dollars in hotel bookings over the same six-week period. These staggering losses do NOT include lost revenue in every other sector that services the tourism industry such as food service, nightlife, tourism trade and the trickle-down spending that keeps Pinellas alive. When someone that works in the tourism industry receives a $500 paycheck, they then spend it on food, clothing, gas, entertainment and living expenses. The tourism dollar gets spent and re-spent multiple times feeding the entire Pinellas economy. The losses to the people of Pinellas County will be in the tens of billions of dollars from Covid-19. We could be facing an unprecedented long-term unemployment rate of 20% or more.

To put this into perspective, Red Tide losses in Pinellas were estimated at about $200 million total. Covid-19 losses could possibly be over 20 times that amount. These losses are also expected to last potentially up to 18-24 months and likely much longer. 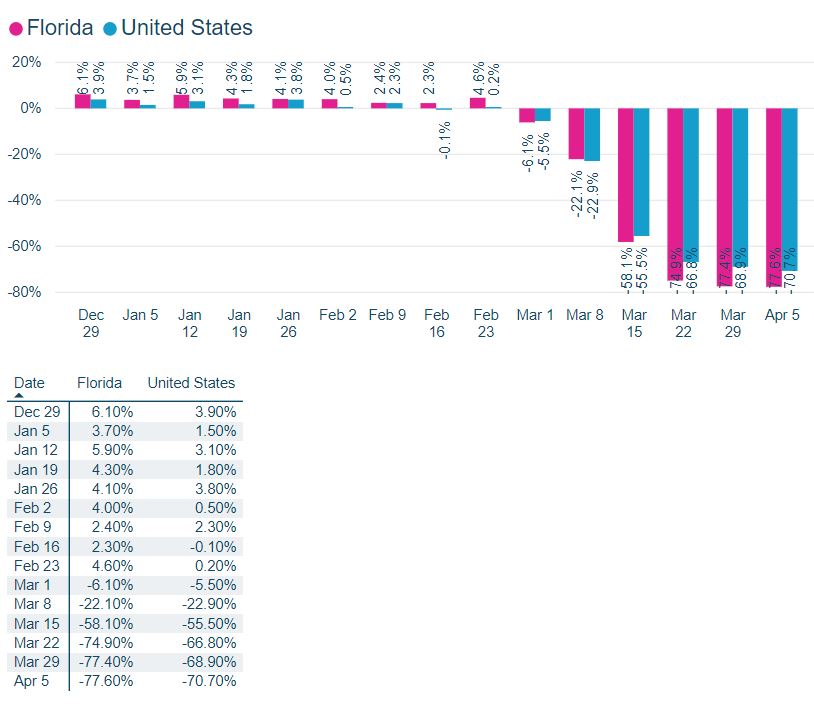 Florida tourism drew a record 126.98 million visitors in 2018 and approximately 132 million in 2019. According to St.Pete.org, visitors spent $4.65 billion in Pinellas County in 2015, generating a total economic impact of $9.25 billion. Approximately 94,000 jobs in Pinellas are directly related to tourism and it is the county’s #1 employer. That is a full 10% of the total population of Pinellas County employed in the tourism trade and as many as 75% of those jobs are now at risk. Again, that 94,000 jobs do not include all the businesses and jobs that depend on a healthy tourism industry and the spending of those tourism employees and subcontractors. The ripple effects of these losses will be felt in every segment of Pinellas society. Everybody is talking about these devastating losses, but not one single Pinellas County leader or politician has a plan to heal the Pinellas economy, other than Candidate for Sheriff, James McLynas.

Surveys and polls also show that even with the lifting of Covid-19 restrictions, people will still be reluctant to venture out of their comfort zones and to travel or vacation far from home, or even just to go out and eat. The existence of Covid-19 will continue to negatively impact tourism for years to come. Pinellas County needs every single tourist and tourist dollar to just survive, much less thrive. 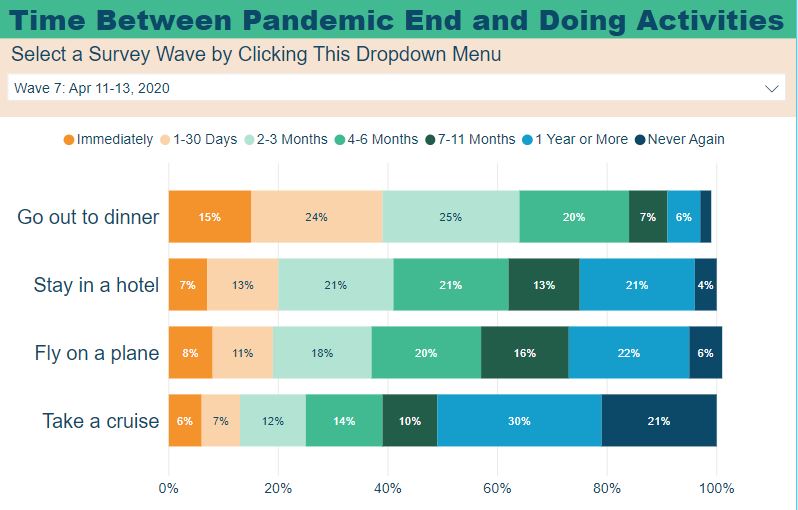 Survey published by the Tampa Bay Beach Chamber of Commerce

More than half of American adults have tried marijuana at least once in their lives,  according to a survey by Marist University.  Users even include high level politicials, quite possibly some US Presidents.  Nobody has ever died from Cannabis use and there is not a single case of someone “overdosing” on marijuana. Millions of Americans have used Cannabis safely for the last 75 years.

Nearly 55 million American adults, or 22% of the population, currently use Cannabis products, with the survey defining “current use” as having used marijuana at least once or twice in the past year. Close to 35 million are what the survey calls “regular users,” or people who use marijuana at least once or twice a month. No matter how you view it, 55 million people is a staggering number. It would mean that there are nearly as many marijuana users as there are cigarette smokers (59 million). You may be surprised to know that many people you encounter every day regularly use Cannabis. From doctors, to lawyers to politicians to the person that rang up your groceries, Cannabis users are everywhere in society and you would never know.

Using that 22% figure of the public being Cannabis users and the 132 million tourists that visited Florida in 2019, that would equate to approximately 30,000,000 tourists that would be more favorable to a destination that is Cannabis friendly than one that is Cannabis restrictive. To put that into prospective, in 2019 Pinellas only had 15,000,000 tourist visitors total. If only half of those 30,000,000 Cannabis friendly tourists came to Pinellas County instead of going elsewhere in Florida, that alone could double Pinellas County tourism.

It only makes sense that these same travelers open to Cannabis use already coming to Florida would most likely choose a beach destination that would not arrest and criminalize them while they were enjoying their vacation. Cannabis users are very familiar with where they can go and not be harassed or arrested. These figures do not include up to 35% of travelers that may not be regular cannabis users but would consider trying Cannabis while on vacation for the experience. “When in Rome”. Remember, 64% of Florida voters favor Cannabis legalization. Millions of people would try Cannabis products if there was no chance they would get into trouble for trying it and Pinellas County may be the destination that they travel to and try it.

Additionally, the elderly are one of the largest growing markets for Cannabis use. In 2006, only 0.4% of seniors over 65 reported using marijuana products in the past year. Newly published studies find that by 2015, the number had doubled to 2.4%. By 2018, it had doubled again, with 4.2% of seniors over 65 using Cannabis products to relieve pain and to help with depression, appetite and sleep. Snowbirds and elderly tourists represent a large segment of our local visitors. 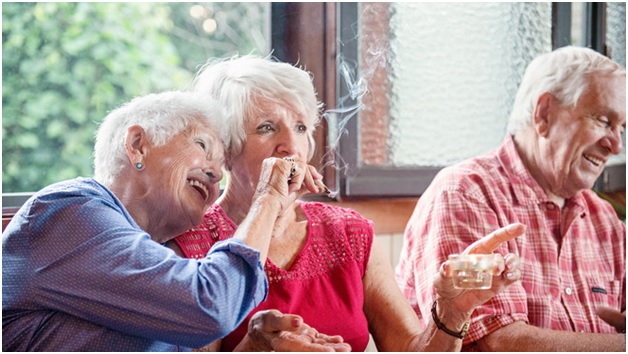 When you consider that last year approximately 15 million people visited Pinellas County (according to St.Pete.org), having an additional 20 to 30 million NEW visitors based on their cannabis preference could potentially more than DOUBLE the number of tourists that would select Pinellas County with cannabis freedom. This could swiftly heal the damage from Covid-19 with zero costs and an actual savings of about $225,000,000 in Cannabis enforcement costs.

Studies show that about 70% of Pinellas County tourists originate from the U.S. with top feeder markets including the Northeastern metros, Chicago and the Midwest, the Southeast and the rest of Florida with another 19% coming from Europe. With Pinellas County offering Cannabis freedom along with white sandy beaches, fishing and all the other amenities Pinellas offers, we would see a massive additional influx from all these sources. Meanwhile, all other Cannabis restricted Florida beach destinations would continue to feel the impact of Covid-19 for years and lose business to Pinellas County. 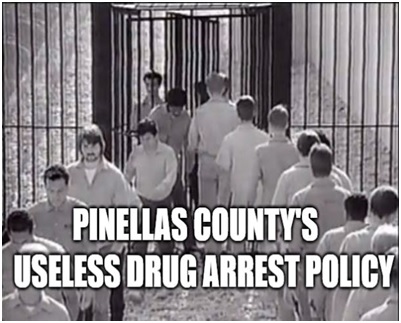 Many international travelers would never consider a trip to Florida, instead choosing far less restrictive destinations such as the Caribbean. Pinellas County is specifically reviled with its unofficial international slogan being “Come on Vacation, Leave on Probation and Return on Violation” due to harsh over policing and unnecessary arrests.  Sheriff Gualtieri’s iron fist policies will be the nail in the coffin for Pinellas tourism, thousands of jobs and our local economy if he is re-elected. With our current Sheriff, there is no plan to save our Pinellas economy. Instead of opening our jails to Cannabis tourists, we should be allowing them to freely come and open their wallets and save Pinellas.

What’s good for tourism is good for all of us! It’s the reason we don’t pay a state tax in Florida. Visit St. Pete Clearwater estimates we each save an average of $740 a year on taxes due to the influx of tourism dollars. Tourism also employs 1 out of every 10 people in Pinellas County, or should I say “used to” before Covid-19.

The tourist development tax, also known as the bed tax, is a 6 percent tax on accommodations such as hotels and rental homes rented for six months or less. Collections for the fiscal year totaled nearly $63.1 million in 2019, surpassing the $60 million threshold for the first time in Pinellas County history. We are losing 77.5% of that bed tax now and stand to lose at least another 50% or more for the next 18-24 months even with the easing of Covid-19 concerns. Electing James McLynas for Sheriff of Pinellas County is the only way to avoid this massive devastation. Cannabis freedom has the potential to double bed tax revenue. YOUR vote for a change of Sheriff can literally save Pinellas County for you, your neighbor’s and our way of life.